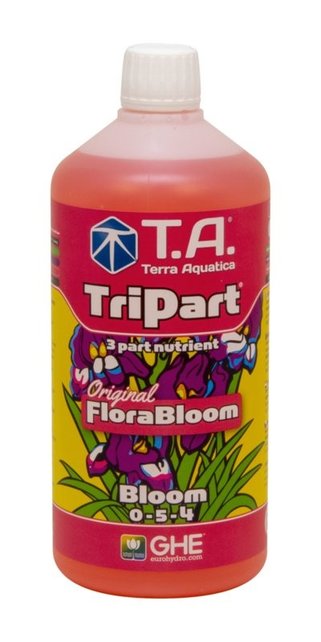 GHE, Flora Series For all cultivation methods: hydroponics and soil. ADVANCED NUTRIENT SYSTEM: The original formula. The concept of a three-component, Flora Series fertilizer was developed for General Hydroponics 25 years ago by Doctor Cal Herrmann, a for

GHE, Flora Series
For all cultivation methods: hydroponics and soil.
ADVANCED NUTRIENT SYSTEM: The original formula.
The concept of a fertilizer consisting of three components and the Flora Series was introduced 25 years ago
General Hydroponics developed by Doctor Cal Herrmann, former water chemist at NASA, in collaboration with
scientists at Davis University in California. Today Doctor Herrmann is associated with our work and
heads our research team.
Flora is a method that is constantly subject to study and supplemented with the latest scientific developments.
It allows you to give your plants exactly the amount of nutrition you need, simply by
to change the relationship and concentration between the individual components.
Thanks to this controlled feeding you achieve a rich harvest.
The effect of Flora Series can be summarized as:
FloraGro: promotes the structure of the plant itself and lush leaf formation. It also gives to the young plant
the necessary power for perfect development.
FloraBloom: in addition to promoting growth, it also stimulates the formation of a healthy root system. During
flowering forces the plant to fully utilize its genetic potential for maximum yield.
FloraGro and FloraBloom contain siliceous constituents (in the form of silica) to prevent fungi and root rot
and at the same time strengthen the structure of the plant.
FloraMicro: is the basic element of our nutritional system. It is a concentrate of microelements in the form of
chelating agents. It also contains the primary and secondary elements that control the functioning of FloraGro and FloraBloom
supplement. It is also the guardian of the pH value of your nutrient.
There is a synergy between these three products that makes the system so unique.
To better adapt to your type of water and provide you with the best results,
Flora Series consists of a “soft water” and “hard water” formula.
PAY ATTENTION!!! FloraMicro & Tripack Flora “soft water” is for demineralized and reverse osmosis water.

Your cart is empty

No products found...
View all results

The product was added to the shopping cart 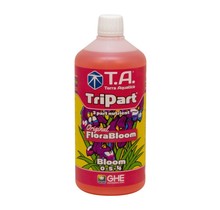 You have no items in your shopping cart
Total:€0,00
Checkout Continue shopping
Compare products 0 Products